Homelessness: Easy to Get Into, Hard to Get Out of 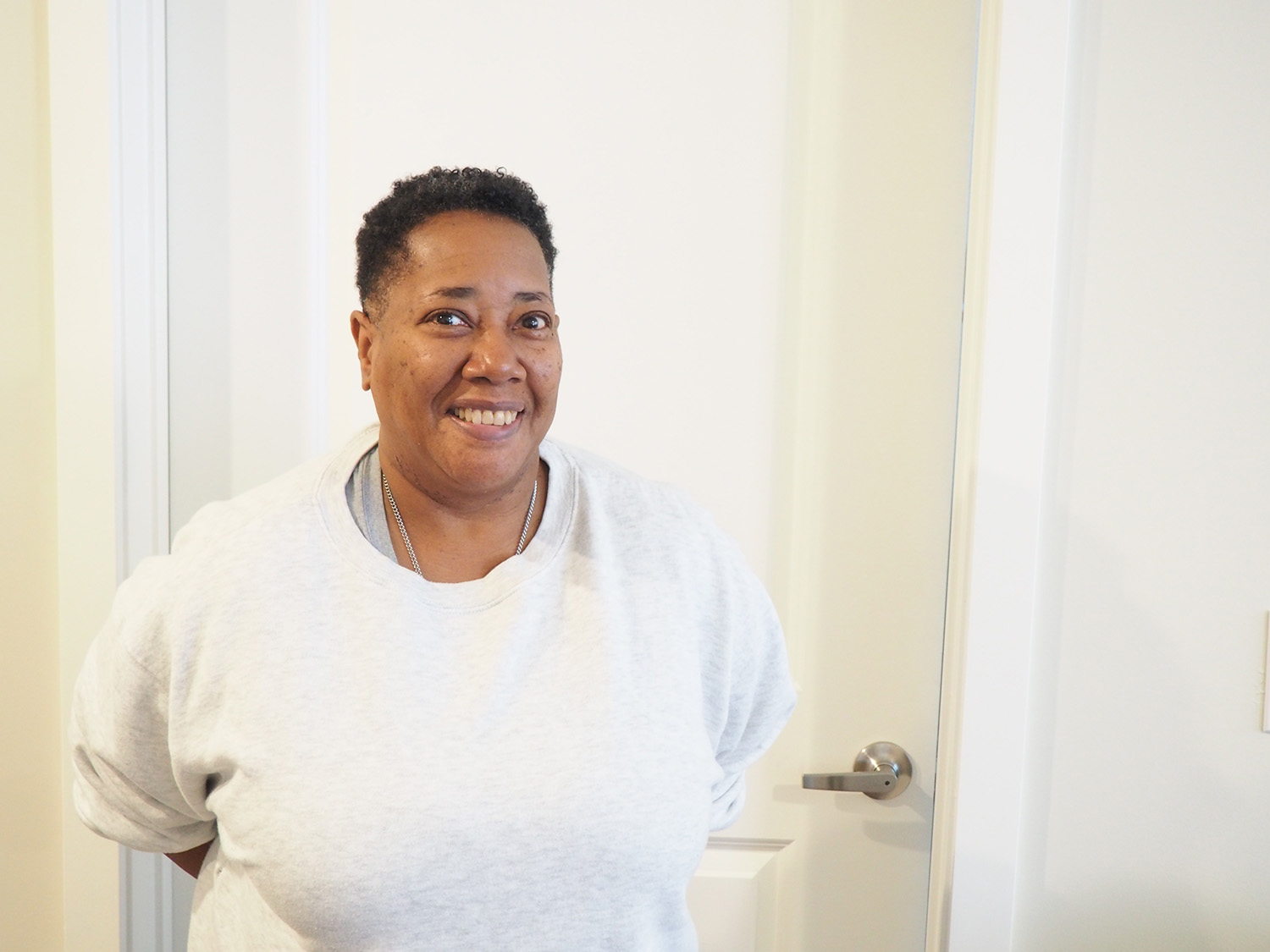 While Michelle Wingo’s life is in order today, there was a time when it would’ve been easy for her to lose hope. Today, she has a successful accounting career, a brand-new apartment, and a warm, friendly smile. But it wasn’t long ago that those things seemed too far away for her to grasp.

For many people in this area, the start of Michelle’s story will sound familiar. She had a good job in the financial industry until her company merged with another bank and eliminated her role.

Living in Atlanta at the time, which was reeling economically in the 1980s and early 1990s, Michelle was struggling to find her way. She felt a fresh start in a new city was in order, so she headed north on I-85 to Charlotte where the financial industry was growing at a breakneck pace.

Michelle quickly found that the job market was tougher than she anticipated, and her financial resources were in short supply.

Eventually, she had nowhere to turn but to The Salvation Army.

“When I first came to Charlotte, I was at The Salvation Army,” she said. “I’ve been in and out of the homeless situation for a couple of years. From the shelter to hotels, from hotels to the shelter, back and forth, back and forth.”

Throughout this time, Michelle was able to find some work—mostly in contract or temporary positions. She even landed a full-time job from one of those positions, but reminiscent of Atlanta, she lost it when the company downsized. Over and over, she was forced back to square one.

Like many others, she was being squeezed by the affordable housing crunch, unable to afford rent on a single income, and staying in hotels became too expensive.

“There was one particular time that the situation was so bad in Charlotte that The Salvation Army was full,” she recalled. “I actually had to stay on the square [Trade and Tryon] for about two or three weeks. On the street. That was very difficult because I never experienced that before. That’s a whole different level to homelessness.”

One of her lowest points came as she sat outside a restaurant, hungry, but with no money to get something to eat.

“I saw people going in and out of the restaurant and they were eating and enjoying and drinking and talking and whatever,” she said. “And, yet all of us are sitting on the street and nobody cares. Nobody cares. And that’s difficult. It’s just you feel very bad, self-esteem is very low because you are an adult, and you find yourself in that situation. And it seems like you can’t get out. Like you are on a treadmill. You are constantly running that race, but you never get ahead. It’s a hard situation to get out of. It seems like it’s easy to get into. But it’s hard to get out of it.”

Relying on Faith and Persistence

“You become angry because you are saying to yourself, ‘Why me? How did I get myself in this situation?’ And it seems like nobody’s helping and nobody cares,” she said.

But, today, Michelle exhibits a quiet, calm strength. Her battle-tested faith fortified from preserving through difficult times on her own.

“A lot of people think, ‘Well, you are single; you can take care of yourself,’ and, ‘You should be able to.’ But in the economy as it is now, with the value of a dollar, it’s hard. And a lot of people are making minimum wage … it’s hard.”

Without a social support network, Michelle said she relied on her faith.

At The Salvation Army Center of Hope, things started to look up for Michelle. She found a good job working in accounting, and she had her eye on a new apartment—a brand-new complex she watched as it was being built from the ground up. She dreamed of being able to land one of those units, so she put her name on the waiting list. She talked to her case manager, who also told her about The Salvation Army’s rental subsidy program. They filled out the paperwork, and Michelle was accepted into the housing program. She then found out that a unit had become available, and they would accept Michelle’s application. Her dreams were starting to come true.

“Now I’m in my own place thanks to The Salvation Army’s assistance and my persistence,” she said. “You have to be persistent. If you want something, you’ve got to go after it. The programs are there, but you have to be persistent in trying to find what it is that you need that can help. No one is going to bring it to you and put it on the table. You’ve got to the do the leg work. Which is what I did. Looking back on it now, I had made up in my mind that the last time I was not going back into a hotel. That I wanted my own place, I wanted to be stable. I wanted to be self-sufficient.”

The Salvation Army walked alongside Michelle on her journey, giving her access to the tools she needed to accomplish her goals and move into her new apartment.

Now, Michelle is setting her sights on bigger things, including exploring ways to help others who are going through the same things she suffered.

“I hope to go higher. Perhaps maybe one day be a homeowner. My own business perhaps—a nonprofit to help others [experiencing] homelessness because it’s such a big problem here in Charlotte,” she said. “And there’s so much to do. Although The Salvation Army does quite a bit, they can’t do it all.”