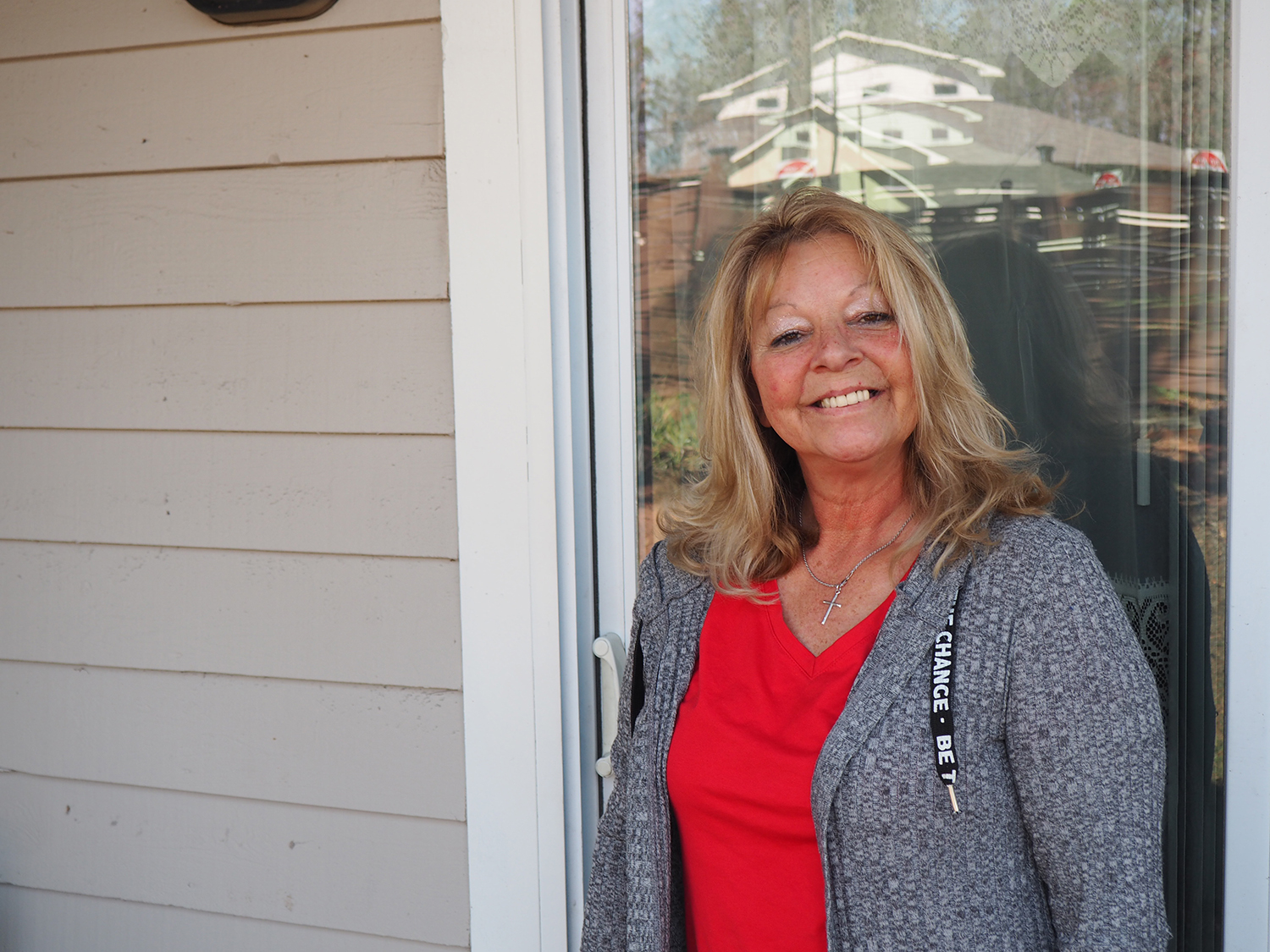 Pamela’s struggles began at an early age. Her father left, and the relationship she had with her mom was strained, to say the least. Dealing with her own issues – physical, mental and spiritual – Pamela’s mom made her life nearly unbearable.

When she was in the 8th grade, Pamela’s mom arranged for her to get married.

“He was 21 and that’s when my journey truly began,” she said. “I was introduced to beer and after that first sip of beer and that first beer was gone, I got a high and I felt relaxed. I wasn’t nervous anymore and I thought that was my true ticket to life. That’s when alcohol became a part of my whole being.”

For years, drinking was just a weekend thing. She would even give it up for a while from time to time, but she always found her way back to the bottle. Soon enough, alcohol wasn’t sufficient to numb the pain of her childhood. She was introduced to pills and crack cocaine, and since, she’s been in and out of prison, homeless shelters mental hospitals and treatment programs – trying to pick up the pieces.

Her first trip to prison was the result of multiple DWIs. Her second trip was for less that $2 worth of crack cocaine. Her third was for less than $10 worth. After being released, she seemed to be back on the right track. She was sober for 10 years, but unfortunately relapsed after having a back surgery and the doctor ordering her to take narcotics.

“I was on my couch one day and I said, ‘Lord if this is all I got to live for, take me out,’” she said. “I kid you not, about two or three days later I went down to the store and got a bottle of Nightrain – and that’s wine. When that wine was gone, I went and got a 20-dollar crack rock and the journey was on.”

As she stood in the courtroom for the 4th time, she was facing the severity of being a habitual offender. The judge offered her 18 months in prison for a guilty plea, or she would have to do 25 years.

This prison stay was different than the others.

Those months in prison became the wake-up call she needed. This time turned into a period of growing closer to God and burying her demons.

Love Made the Difference

After being released from prison, Pamela was at ground zero. She had nowhere to turn and she found herself in need of a safe place to go – she just didn’t want it to be a homeless shelter.

“I was like ‘God, ain’t there no other way? There’s got to be another way.’ But, as I stayed, and He introduced me to the church, The Salvation Army church, you talk about love. It was just the love that I drawn to that I never had.”

Pamela began to participate in programs, especially those organized by The Salvation Army Center of Hope’s chaplain, Captain Shimei Hewitt.

Pamela was familiar with church from an early age. She would go from time-to-time, but she had never experienced anything like this.

“All the people that I’ve met from the Salvation Army, there’s nothing but love, there’s no judgment. I was there homeless with nothing but a change of clothes. I left there with bags, with hope, with people in my life that love me and help me on my journey. That give me strength when it’s needed. That I can pick up the phone and say look I’m struggling, can you help me? And, they’re there!”

“The Salvation Army introduced me to a God of love. I mean his love is…just like I feel it right now. There ain’t no drug, a drink of beer, a cigarette, nothing can give you this, what I feel right now. Ooh! He’s so good, people, I’m telling you, he’s so good.”

While God was healing her spiritual, He was providing for her physically.

Sober once again, Pamela found work in the restaurant industry and began saving. Now, with the help of The Salvation Army’s housing programs, she’s in her own apartment once again.

“This is my sanctuary; this is where the Lord and I live,” she says of her apartment. “When people come here, I want them to feel peace and love and welcomed and just at home. This is just a temporary home, but it’s something God as given me on this earth. A place that I can go and be by myself, kick off my shoes and relax and shut the world out.”

“I know every day that God gives me is a day that He’s using me,” she says. “Every breath I take, He gives me. Everything that He teaches me, that He shows me, is for His kingdom, for His glory, for His honor. I look forward to each day because I get up with a positive attitude knowing that something great is going to happen today.”

That’s a drastic change from where she was even 10 years ago, when there was a battle raging in her mind. She was fighting a spiritual battle.

“You are looking at a lady that suffered at the hands of abuse of every way you could possible imagine. Physical, sexual, mental, all of it, and then the spiritual. However, God takes all that stuff that seems to be so bad and He turns all around and He gets glory out of it. He gets glory out of all that mess and turns it into a beautiful message.”

“Becoming homeless was one of the greatest things that ever happened to me.”

She can say that today, because she knows that it was God leading her to The Salvation Army.