Changing Stacy's dark past into a bright future 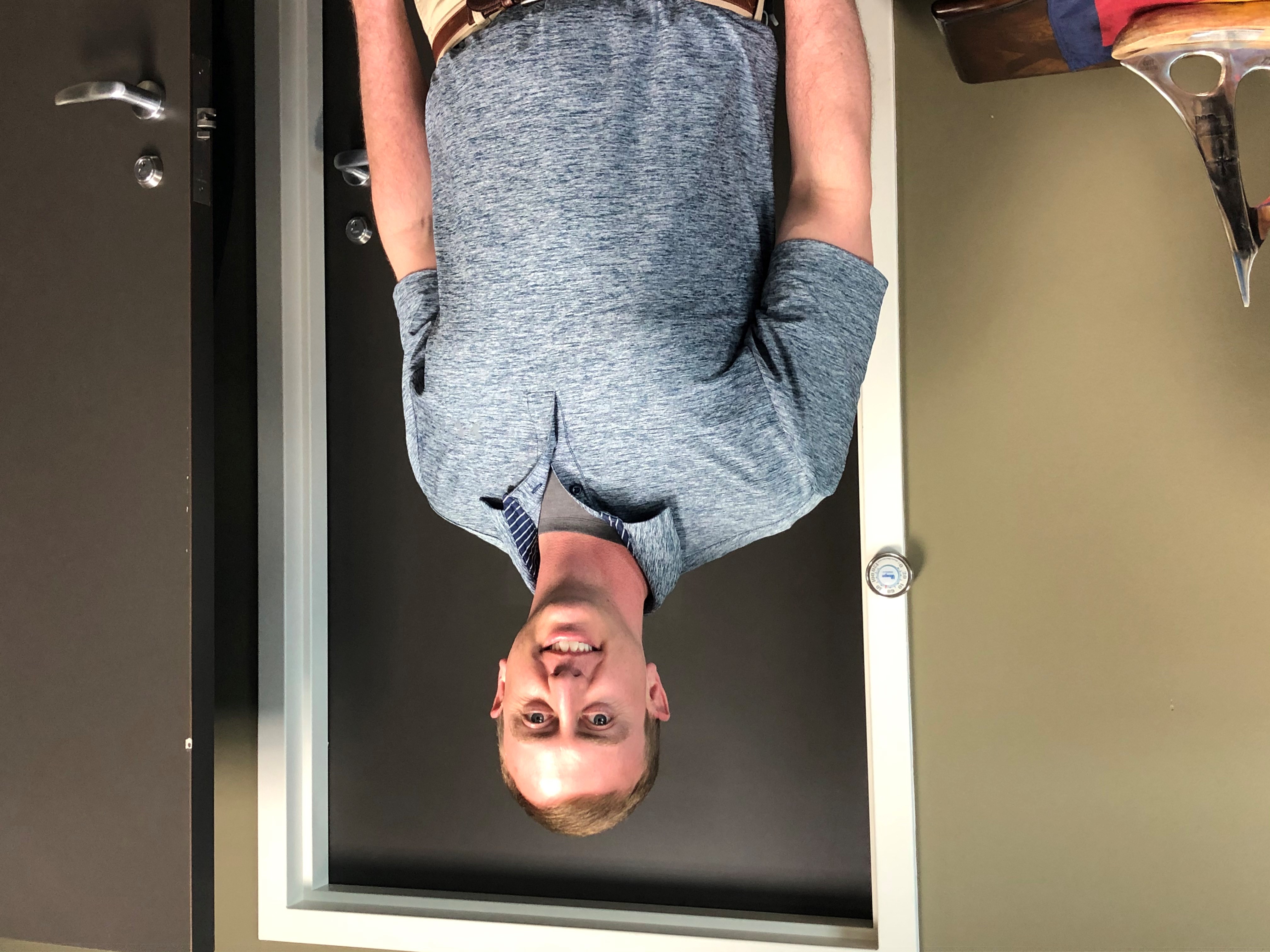 Starting to See the Good

Many 12-year-olds are into video games or playing soccer. When Stacy Mansfield was 12, however, he was smoking marijuana. It wasn’t long before he ventured into harder substances, dabbling with cocaine and opiates. His drug of choice became heroine.

His use of drugs was evident in all aspects of his young life. He was skipping school, getting bad grades and experiencing conflicts in his relationships. By the age of 16, Stacy had entered his first rehab program, but it wasn’t his last. His parents sent him to military school. He tried the Teen Challenge program. Nothing seemed to stick. He would hold things together outwardly for a while, but then continue to use drugs as privately as possible. Everything simmered under the surface—even as he matured, married and became a father.

But now, it was no longer just about himself. He had a young wife, Jenny, and two small kids. As he struggled with addiction, Jenny tried to help him, driving him to rehab programs. Inevitably, she grew weary and had two small children to protect.

His drug use was costing him his family. He eventually lost his job, and later, he found himself arrested and doing time in prison. He was homeless and hopeless. Sitting in a jail cell, Stacy finally had a moment of clarity.

While in prison, someone told him about The Salvation Army’s Adult Rehabilitation Center. When he was able to exit, he knew that’s where he needed to go. He called Jenny and asked if she would take him to the facility on Central Avenue in Charlotte. She agreed, but as she dropped him off, she hugged him and said, “I’m done. I hope this works this time,” handing him divorce papers to sign.

“I understood,” he recalls. “I knew I had ruined our relationship.”

One of the first people Stacey met at The Salvation Army Adult Rehabilitation Center was Aaron Brennan, the program manager. Aaron has his own story of transformation to tell. A former alcoholic and addict, Aaron now has devoted his life to helping other men in the program.

“I serve these men because these men are me,” Aaron says. “God is keeping me together, so I can help others.”

Every morning, Aaron tells Stacy and the other men in the program: “Change can happen.” Through repetition, they start to believe it.

“I started seeing the good about myself,” Stacy says. “I specifically started seeking God first. And, day by day, there was a transformation I didn’t think was possible.”

He began to see the good about the Salvation Army program.

“At The Salvation Army, they feed us, clothe us, give us shelter, and love us,” he says. “God uses this program to change lives. I’m proof. It didn’t work before because I was doing it for others. I had to be able to do it for myself.”

While his life was changing at the Adult Rehabilitation Center, another change was happening he didn’t know about. One day he called Jenny to check on the kids and she began sobbing.

“I just love you,” she cried. “I just wanted you to be sober.” From that moment, Stacy and Jenny began to reconcile.

“I thought it was over,” Stacy recounts. “I signed the [divorce] papers; she just never turned them in. God did for me what I couldn’t do for myself.”

As it turns out, Aaron was right with his daily messages. Change can happen. Stacy’s life is changed, and now his marriage and family are being restored.

What does the future look like for Stacey? Upon graduating from the program, he hopes to get a job and maybe even follow in Aaron’s footsteps of helping others who are like him.

“I’ve been in this process a long time,” he says. “I can see myself in each man here. I can relate to when I was the same way. My greatest desire is to reach back and pick someone else up. There’s nothing more rewarding than seeing that light come on. For someone to see that God is real and that He loves them.

“The biggest thing is the unity and the love here. It’s a known fact that we [in the program] care about one another,” he says. “We pray for one another. The staff encourages me. They believed in me before I believed in myself.”

At 35, Stacy’s focus now is on being a husband and father.

“My [13-year-old] son never had a father. Now, he texts me every day. My [11-year-old] daughter wouldn’t even talk to me. God has brought us all back together.

“I want to be a good example and teach my kids the things that I didn’t know growing up.”

When you donate to one of our area Family Stores, you are helping change the lives of men like Stacy. As you are Spring Cleaning, consider making a contribution to The Salvation Army. You can find your closest donation location, or schedule a free pickup, by calling 1-800-SA-TRUCK or visiting www.satruck.org.