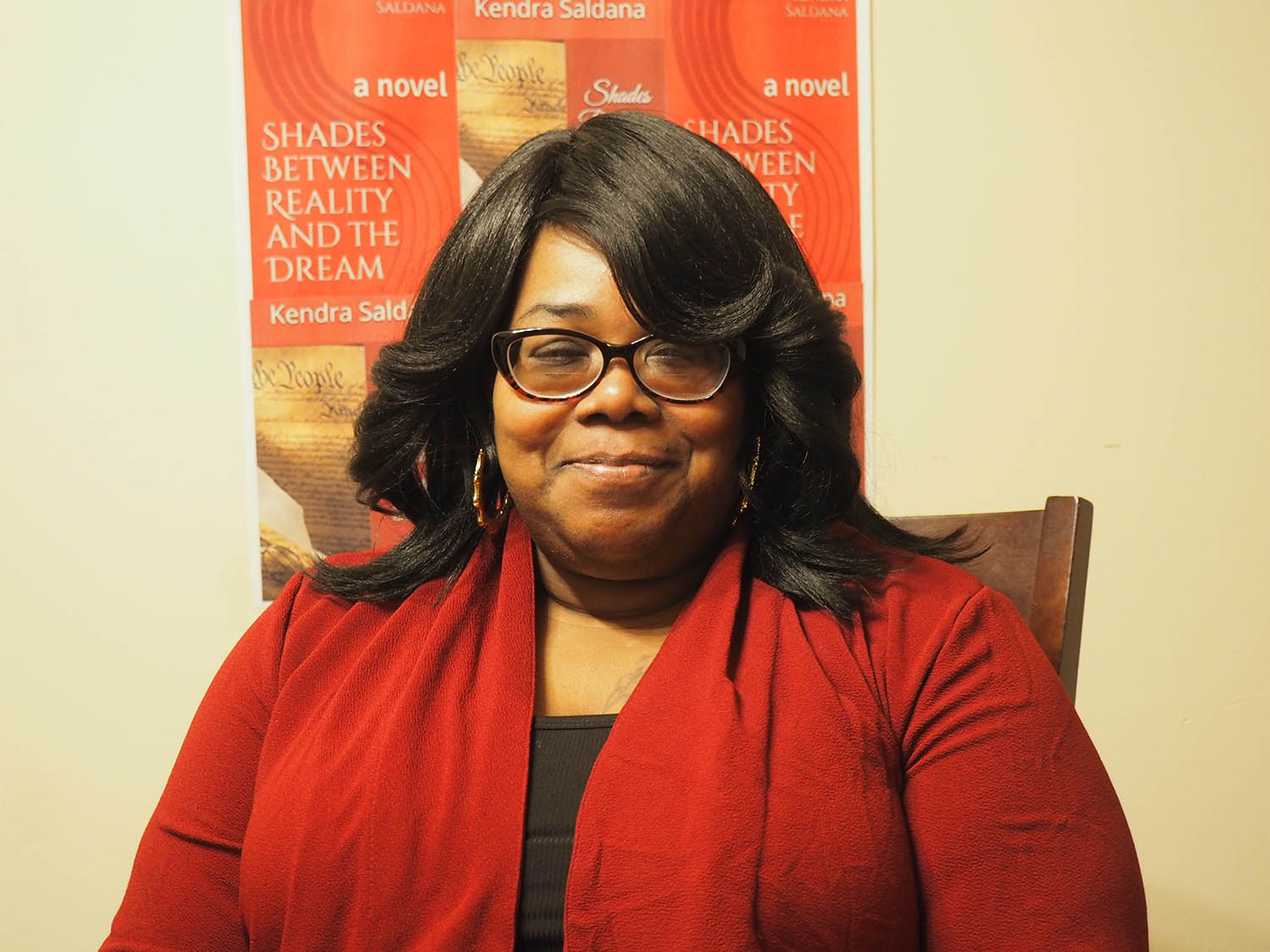 Kendra is used to writing stories, not having stories written about her. She also never thought she would have gone through what she has experienced over the past year.

“I am someone who is an example that homelessness does not look like what you think it does,” Kendra said. “Because you can be educated, you can have had good jobs, you can not be on drugs, you can not be prostituting yourself and you still find yourself in homelessness just due to financial issues you may have gone through. You just never know. It can literally happen anyone who gets behind and finds it hard to just catch up again.”

Originally from the Bronx, New York, Kendra attended Norfolk State University to pursue her passion. She always loved to write, so she knew a journalism degree would serve her well in her future endeavors. She never could have predicted what would happen next.

“Things were great when I first came to Charlotte, and for like the first 10 years it was good,” Kendra said. “You have your ups and your downs, but last year. I don’t know, I just hit a financial crisis. I found myself robbing Peter to pay Paul. Cover this bill and delay that bill and before I knew it, I was taking money from my rent to help cover something else. I just got myself into a real financial bind.”

Her financial hardships intensified to the point where she no longer had a place to stay. She began staying with friends, while she desperately tried to keep herself afloat. And, she knew that wasn’t sustainable.

“It just became a situation where I felt like I was burdening my friendships really. It was a situation I had gotten myself into and I didn’t really want to strain those relationships because they were blessings for me when I was in a time of need.”

So, she made the difficult decision to officially seek help and go to The Salvation Army Center of Hope.

“I have to say, when I first came there, I just thought it was the lowest day of my life, not even knowing that it was actually going to be a blessing for me in the long run.”

She beat herself up a lot on that first day at the shelter. She couldn’t escape the thoughts running through her head: “How did I end up homeless? How did I allow myself to get here?”

“I’m not really a crier, but I almost cried that day.”

Kendra never thought this could happen to her.

For some, Kendra’s story may seem unusual. She doesn’t fit the stereotypes many carry about homelessness. But, actually, according to studies, millions of Americans are one missed paycheck away from being homeless. In fact, a 2019 Charles Schwab study found that 59% of Americans live paycheck to paycheck. When those paychecks don’t come, people across the nation find themselves in Kendra’s shoes.

“Even when I was staying with a friend here or there, it still never occurred to me. I knew I was homeless technically. It just didn’t occur to me that I was going to end up in a homeless shelter. So it was definitely a shell shock.”

Making the Most of Her Time

When Kendra enter the Center of Hope, she expected her stay to be short. Educated, skilled and well-spoken, Kendra knew she would land on her feet quickly.

“I was applying for jobs, and I got three interviews in one week,” she said. “I thought I’ve got to get one of them. I’m not the kind of person that gets an interview and doesn’t get the job. If I got the interview, I got the job!”

She found herself disappointed when none of those opportunities panned out. Feeling discouraged all over again, she fell back on her Christian faith. She knew there must be a bigger purpose to why she was in this situation.

At this time, the nation was in the height of the COVID-19 pandemic. Job interviews became scarcer, but fortunately, Kendra was able to draw unemployment to bring in a little income. It was then that she felt God telling her that timing was right to publish her book.

She began writing her book many years ago.

Kendra used her time and existing resources to finish her dream of published her book. And, things begin to change for her.

“I just remember going to the sanctuary at Church in the City one day because it was just so many blessings that were coming back to back to back,” she said. “Finding the church, getting my book out, total strangers showing me love and support. I just went into the sanctuary and cried, like wow, this is all happening to me, while I’m homeless. It just kept me strong.”

At the Center of Hope, Kendra found comfort in participating in the regular programs. Captain Shimei Hewitt, The Salvation Army of Greater Charlotte’s chaplain, regularly held “tea time” events for the ladies at the shelter. They would participate in a Bible study, pray together and share their struggles.

Kendra found support by being around other women would were determined and working hard to move forward. This new inspiration gave her the encouragement she needed to keep applying for jobs.

“I knew that a job was the key to me getting out of homelessness and getting my own place.”

She got three interviews – again – but this time, the outcome was much different.

“This time, I got all three jobs. Look at God!” she said. “It’s because I had to go through what I went through to get to the finish line. So, now I’m making a salary that is the largest amount I’ve ever made period in my whole career of working. I was able to get that job, save up my money and eventually move into my own place. I’m finally in my own apartment.”

Now, she regularly keeps in touch with friends she made while at the shelter. She’s donated copies of her book for the ladies to read, because she wants to inspire them just like they have inspired her.

“You can always replace items, but you can’t replace those relationships that build up your spirit and build up your soul. I just wanted even the ladies I became friendly with to know this is temporary and certainly you’ve seen me, I’ve been here in the trenches with you. If I can move forward, anybody can move forward.”